A Collection of Music Videos and Scraps from Jack and Kitty 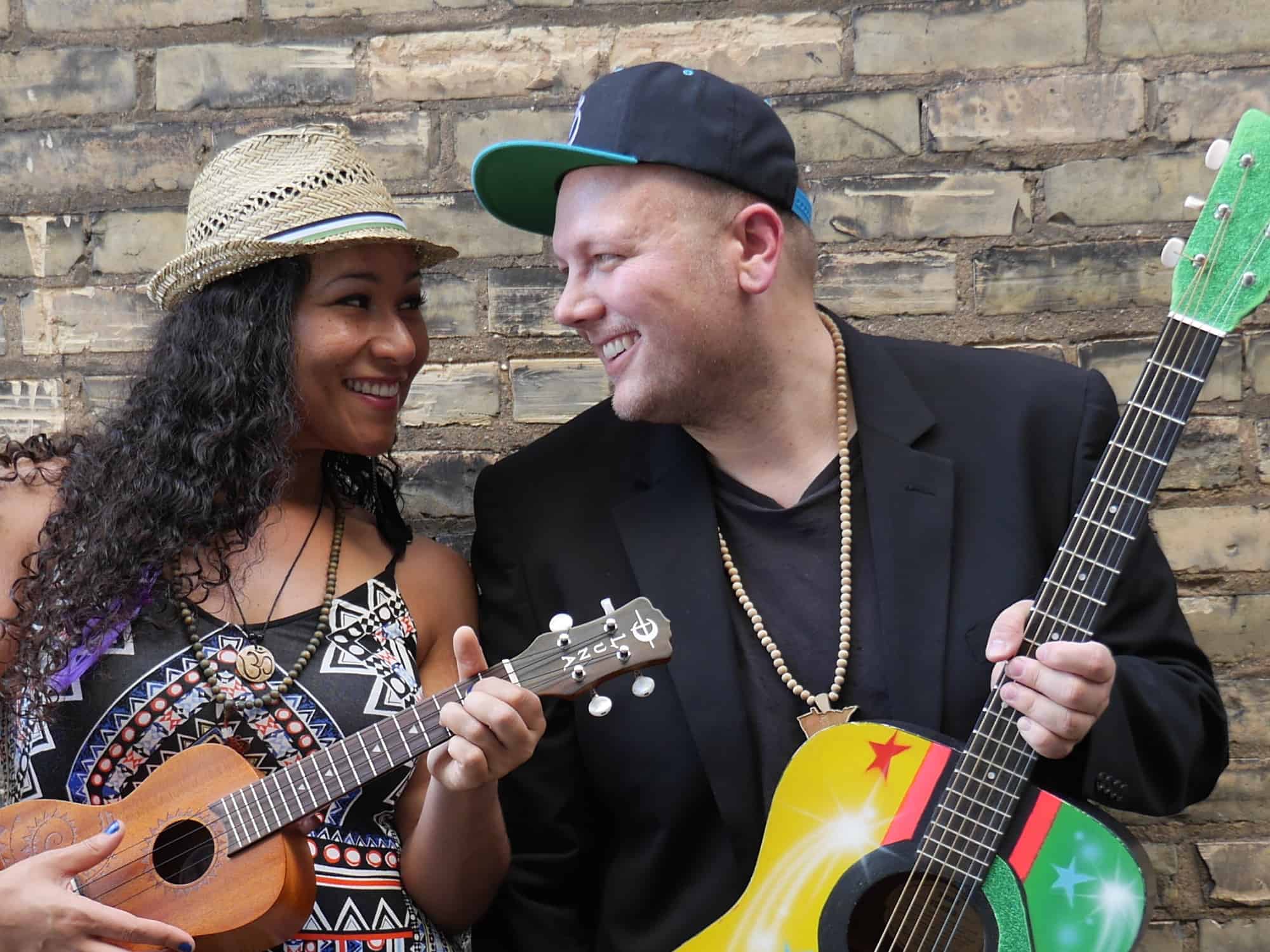 We recently shared a Collection of Music Videos and Scraps from Jack, and thought it would be fun to revisit some classic moments from our folk music duo (the creatively named “Jack and Kitty”). As we mentioned earlier, Jack spent nearly a decade performing as a solo artist and leading a “vaudeville bluegrass” band called Jack Norton and the Mullet River Boys. After this time, we moved to Nashville and co-created a show for the PBS Kids affiliate station there. It was a fun time and wildly successful.

We missed home (Minnesota) and eventually relocated back to Minneapolis. We started to play shows around the area and were having tons of fun just keeping things simple…after two decades in the entertainment business (and dealing with LOTS of crazy people), we realized that the most fun we could have is just dealing with each other (I mean, we’re soulmates, after all)! So, “Jack and Kitty” the musical duo was officially born. We released a fair amount of albums, singles and EPs and did some music videos as well. Be sure to check out our music page on JackAndKitty.com.

Here’s a video we shot in the cornfields of Iowa. We arrived to a gig early, there were cornfields growing tall in the hot August sun and we thought, “let’s make a video!” This was the result. By the way, this tune can be found on our album “Our Secret Song” (which is all original singer/songwriter folk tunes).

The same thing happened late one October afternoon. We were scheduled to play at a coffeehouse in Eau Claire, Wisconsin. Of course, we arrived way too early and ended up wandering around the thrift stores and junk stores in town. Jack found an old sheet and said “hey let’s make a lyric video to our Halloween song!” So we did. Here’s the spooky (not really) result of this impromptu burst of madness. “Ghost Of The St. Louis Blues” is an old Emmett Miller which we covered on our EP, “Sweet Birds of Riddim” (we also released an instrumental version of that album which all the cool kids on TikTok seem to use in their videos).

You know at the height of our popularity, we were performing around 300 shows a year all over the United States, Canada and Europe. We used this travel opportunity as a backdrop for more cheap little music videos. Like this one – “We’re All A Rainbow Together” – which is from our family-friendly folk album, “You Make Me Happy”. We actually were playing a series of shows in Georgia around Savannah. One of our gigs was out on Tybee Island, which was shut down because they were filming the new Baywatch movie there. We didn’t let that stop us! We arrived with a camera and Kitty camera ready and told security that she was Dewayne “The Rock” Johnson’s sister and she was expected to shoot a quick video on set. They let us past security and we filmed the following little mv. By the way, Kitty wants me to point out that other than her skin color, she doesn’t look anything like The Rock. And for that, I’ll say: thank God!

Here’s another video we filmed while bumming around Savannah, Georgia. This old house was in the middle of swamp and Kitty got bitten by a million and one chiggers, but the video ended up looking neat, so I guess it was worth it? This is a live performance video, but if you want to listen to the studio version of “Everybody Loves My Baby”, check out “Sweet Birds of Riddim”.

You know, I realized we shot most of our videos out on the road. In fact, the next video was filmed in about 35 states during our summer tour of 2018. We were starting to get a lot of requests for Woody Guthrie’s tune “This Land Is Your Land”, and were only to happy to oblige. From our album, “You Make Me Happy”. Also released as a single with groovy artwork designed by Kitty.

Kitty has a background in Early Childhood Education which she used to help create The Zinghoppers Show (the preschool TV series we filmed in Nashville). Here’s a goofy clip we shot to put up on our old YouTube channel (we have a new one meow – please like, comment and subscribe). If you have youngsters, they might get a kick out of this little video.

As long as we’re sharing cover songs, here’s a one take jam Kitty did with a pianist in Wisconsin. They never practiced, just started to play and Jack quickly filmed. A cover of “Hallelujah”, the great Leonard Cohen number.

Here’s an original song that – shockingly – we filmed a video for AT HOME!! Yes, sometimes we manage to be at home long enough to unpack our suitcase and do a bit of laundry! 😉 Kitty wrote this song, “So Gone”. We still haven’t officially recorded it and Jack forgot how to play it on guitar. We’ll need to re-learn it and make something out of it someday, but for now…here’s us hanging out in our garage in Minneapolis.

Speaking of Minneapolis, we love playing at our local Kingfield Neighborhood farmer’s market. One time when we were jamming there we met a band called the Big Dixie Swingers who were passing through town all the way from New Orleans. We jammed a bit and later that day filmed a few videos with them. “Jug Band Blues” was released as a single and can be heard on the “Jug Band Hokum: A Docuseries OST” album. The second video we’ll share is a tune we filmed of just the band to help them out. Be sure to give it a like on YouTube! 🙂

What Is Kitty Filming? – Daily Minivlog

Four original songs written and performed by Jack and Kitty Norton were featured in the Oscar nominated Willem Dafoe film The Florida Project (A24) by director Sean Baker (Tangerine) which debuted at the 49th edition of the Cannes Film Festival. Check out the film now.

What Is Kitty Filming? – Daily Minivlog

Give Jack Some Love – Daily Minivlog